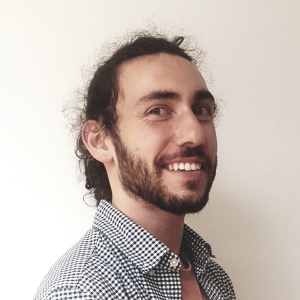 Can I Take CBD While Pregnant?

During pregnancy, making sure that what you are consuming is safe for your baby is always a top priority. This means that everything from your vitamins to your supplements should be safe to take during pregnancy.

What a mother eats and drinks during pregnancy is essential to the safety of the infant, and due to the delicacy of fetus development, even things that could seem harmless could, in fact, be the opposite.

Since CBD has been on the rise in the UK, the question of whether it is safe to take during pregnancy has also been on the rise, but are there enough answers to determine for sure whether CBD is safe?

CBD and Other Cannabinoids’ Effect on Fetus Development

For starters, the use of marijuana during pregnancy is not supported by the majority of authorities on obstetrics and gynaecology such as the American College of Obstetricians and Gynecologists or Harvard Medical School.

It is also important to note that CBD is not marijuana. It is one of 110+ cannabinoids found in hemp and cannabis plants. They are naturally produced with the plants along with a list of other substances and compounds like terpenes and flavonoids, among others.

However, because CBD does come from hemp and marijuana (cannabis) plants, and depending on the type of CBD product, you can get more than just CBD.

This is due to the fact that CBD is still not regulated by the FDA or MHRA, and margin for errors or mistakes is still a very real thing.

As of now, research about cannabinoids and the development of fetuses has been very minimal, and research on humans has not been an option, which limits our little knowledge about the subject to mouse embryos.

So what we know now about cannabinoids and pregnancy is that depending on the cannabinoid, the effects on infant development can be diverse, but none of these effects has shown to be positive.

One test was conducted on mouse embryos. This test showed that THC, another component in cannabis and hemp plants, inhibits the development of embryos at a very early stage (containing less than 8 cells).

The same study concluded that, since CBD can increase the levels of anandamide in the body, and anandamide stops fetuses from growing altogether (according to the study) — that CBD could essentially have the same effects.

On another note, there have been suggestions that THC and possibly some cannabinoids can alter hormonal levels during and after pregnancy, which can lead to other serious risks for the baby’s growth and development both during gestation and after birth.

And speaking of THC’s effect on child development, the American College of Obstetricians and Gynecologists has suggested that THC has a potential of interfering with child brain development in the womb, and could even be linked to a stillbirth starting at 20 weeks of gestation.

Of course, since research has not been conducted on human mothers and babies, there can still be a chance that the effects are limited to the theories and the results of tests on mouse embryos. But is taking chances really safe during pregnancy?

Is Taking CBD Safe During Pregnancy?

There has not been enough research conducted on humans to determine any concrete negative (or positive) effects of CBD — much less its effects on pregnancy.

Unfortunately, due to this lack of concrete knowledge, there is no way to answer a solid “yes” or “no” to this question. This means that the use of CBD during pregnancy can’t be confidently approved yet.

The simple fact that there is even a possibility of CBD negatively impacting the baby’s development should be enough to try to avoid taking CBD during pregnancy — especially since we don’t know the exact effects of CBD (and THC) on fetus development and safety.

We highly suggest speaking to your OBGYN or your healthcare professional before consuming (or applying) any type of CBD products. It is a serious topic, and it needs to be discussed thoroughly before any decisions are made.

So stay safe, speak to your healthcare professional, and if there is any doubt at all, we suggest staying safe instead of risking your and your child’s lives.